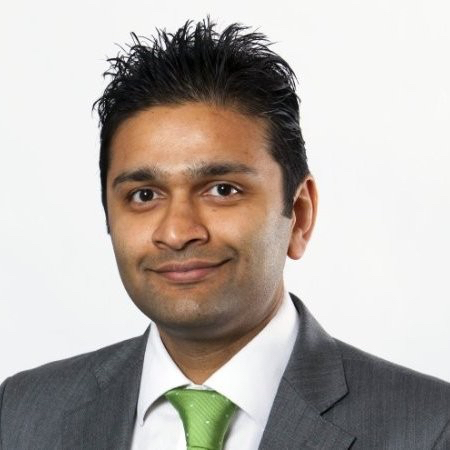 Travelling – I have worked extensively in many countries and regions around the world (North America, Europe, Middle East, Asia, Africa) and love experiencing different cultures and environments.

I enjoy most types of music ranging from pop/R&B to Qawali. At present, I am listening to my talented cousin Rax Timyr’s productions on my iPod.

John Grisham books – The Partner being one of my all time favourites. All Harry Potter titles. And from my childhood – Secret Island by Enid Blyton.

A little bit about my background

I came to the UK to study Pharmacy. Unable to afford the course, I dropped out after 1 day and started work in Boots hoping to earn enough to restart my university degree. Unfortunately, stacking shelves did not pay enough for me to afford international fees so I had to change my strategy.

After applying for 100’s of trainee roles in accountancy and banking; and getting back 100’s of rejections as I had no degree, I got my first breakthrough with a role at State Street Bank (a global custodian bank). I worked through various roles at State Street for five years (travelling the world in the process working at various locations) and convinced them to sponsor me through a part time evening degree in Financial Economics, which I completed at Birkbeck, University of London. I then worked for just over a year at Lehman Brothers before joining Deutsche Bank where I have worked since 2007. I also read for and completed my executive MBA at London Business School in 2012.

A friend of mine forwarded me some information about Nirvana school a few years back. The history behind this school fascinated me. Later, I helped organise a charity show – Nirvana Night with 4 friends and over 70 volunteers. I visited the school after the show and was highly inspired by the work done at Nirvana school. A couple of years later, with a small team, we started One Cause.